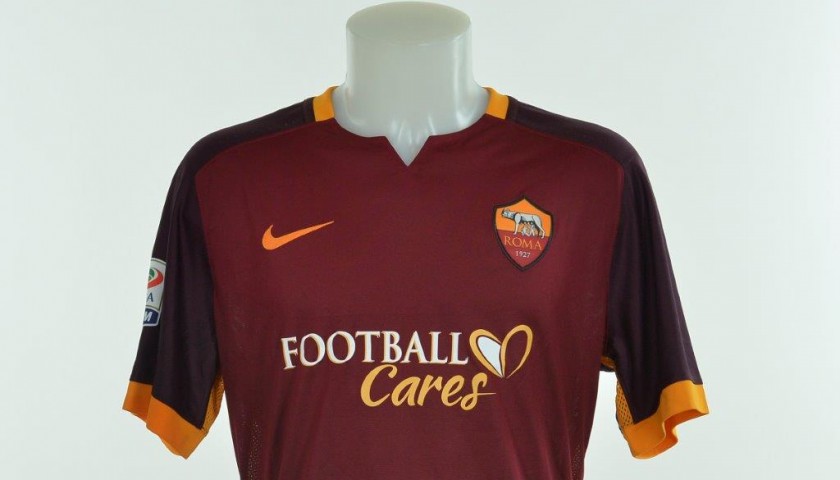 Another unique item may be just around the corner!

Contact us
Charity percentage
93% How it works?
We accept

2015-16 AS Roma shirt, certified by the club via the Matchday Authenticated system and worn by Daniele De Rossi in the Frosinone-Roma match which finished 0-2 to Roma. The match was in the 2015-16 Serie A played at Stadio Comunale in Frosinone on September 12, 2015. The shirt - auctioned together with a frame and certification - was issued for the first time for the Frosinone match and was worn. The mesh is contained in the collector frame n.008 of the 2015/2016 season.

The shirt features a certificate of authenticity in parchment, produced by AS Roma and numbered in addition to the Matchday Authenticated packaging.

Each certificate of authenticity is delivered in a handmade numbered collector’s frame, made from engraved wood and Plexiglass by Sateco, with no fastenings or clips. There are four holes through the glass with mechanical screws. The logo and certification number are engraved on the front of the glass via laser with a white effect, only obtainable using Premium materials.

The logo and certification number are also engraved on the side of the wooden frame via laser with a bas-relief effect, obtainable with this type of wood.

Football Cares has been set up by Italian club Roma to bring the international football community together to raise urgently needed funds to address the escalating global refugee crisis.

According to the United Nations, almost 60 million people have been driven from their homes by persecution and war. Thousands of refugees, many of them children, are dying trying to reach safer land. Syria is the source of the largest number of refugees in the world: more than 4 million people have been forced to flee a war with a rising death toll of over 200,000. Of those Syrian refugees, at least half are children. Together, we want to help them.

Football has the power to reach millions and by uniting for Football Cares, we can make a real difference. Alan Kurdi, the young Syrian refugee whose body was found washed up on a Turkish beach, was pictured with a football at his feet in the last known photo of him alive. We’re asking every football club and football fan to put sporting rivalries aside and unite for Football Cares so we can save lives, ease suffering and let the children play again.

The money raised by these auctions will be divided equally amongst the following four charities that are on the ground helping the refugees. 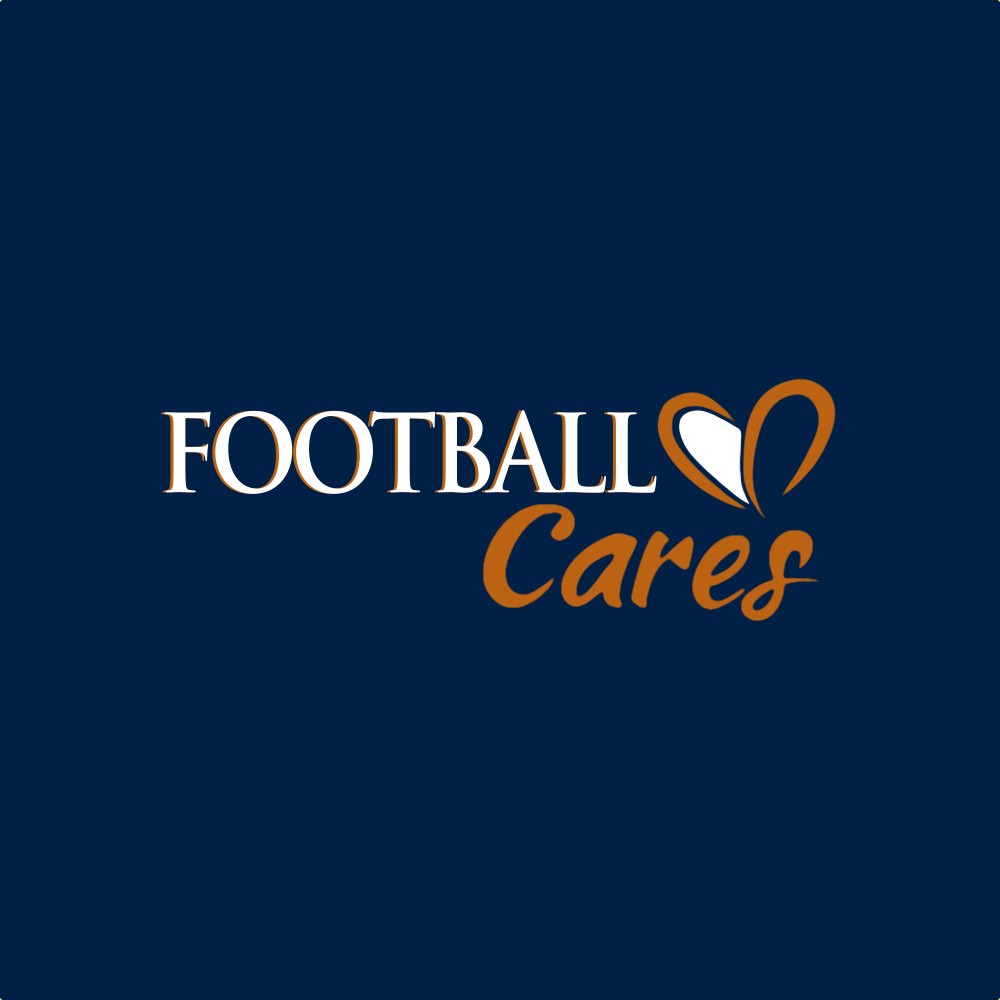 This auction is subject to a Buyer's premium related to the online sales platform that you're using. This Buyer's premium includes sourcing of the lot, evaluation of authenticity, storage, sales activity and customer support. The minimum Buyer's premium for this lot is €9.95.

The total cost for this lot does not include shipping costs, which are not specified until auction closing and vary according to the size and weight of the item, as well as the recipient's address. The minimum shipping cost is €10.00. Tickets, vouchers and goods are generally shipped via courier and must be signed for on delivery, unless otherwise stated. In some cases tickets will be left in the auction winner's name for pick up at the ticket office of the event location.

Due to restrictions on the Italian territory that came into force on January 15, 2021 we are unable to guarantee delivery in accordance with our standard shipping service. However, any delays will not exceed 10 days.

How can we help?

Have a question or need more details? Click below to be connected to our customer service team.